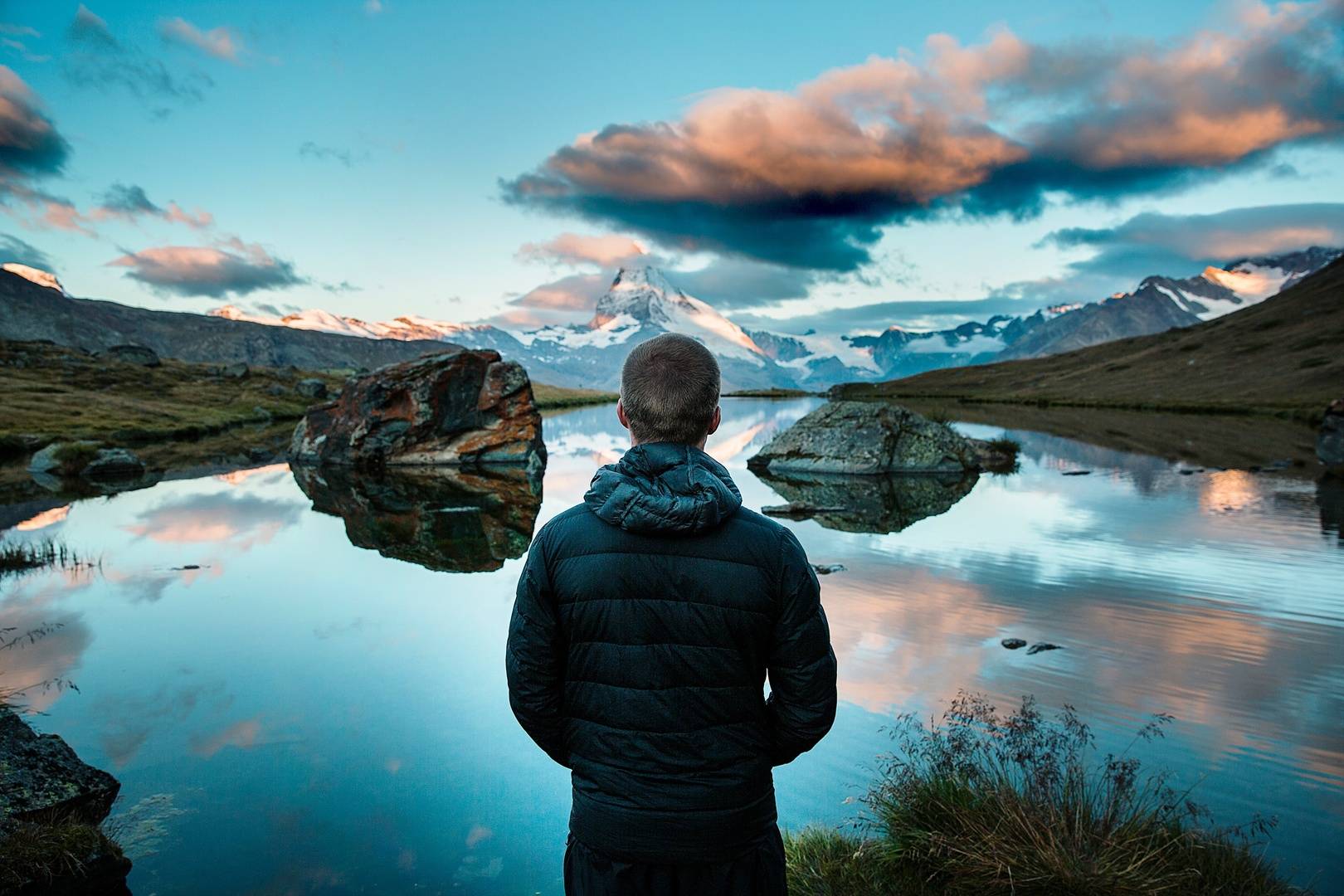 “Why Russia?”,” What is there to see in Russia?”, “Is it safe?” These were some of the questions posed to me when I told my friends and colleagues that I’m travelling to Russia. Unlike my past few solo trips, this time I was going with two of my friends. I think there’s some reluctance usually in going to places which are not very touristy. However, each place has a story to share and we should travel with an open mind to gain those rich experiences.

Russia has such a vast landscape that it is impossible to traverse it within a week. So we decided to visit two of its major cities: Moscow and St. Petersburg. If you have more than a week, I would suggest including Lake Baikal in your itinerary.

​To understand Russia, it is important to know Russia’s history. Russia was ruled by the Romanov dynasty (also known as Tsars) for around 300 years. In 1917, Russian Revolution led by Vladimir Lenin overthrew the dynasty culminating in the execution of the last Romanov family and beginning of a Communist rule in Russia. I would recommend booking guided tours in Moscow and Petersburg. The legends about the place make it more interesting and you can enjoy the place without worrying about booking entry tickets everywhere.

“Let’s go to Russia”, I said, looking at the zoomed out Google maps, while trying to zero in on our next destination. “What’s there to see?” boomeranged the question onto me. I mentioned that Russia has its history, culture, architecture and lots of stories. And moreover, it is fascinating to visit a place about which we’ve been hearing since childhood.

Within 4 days, we booked the flights, booked hostels and train tickets and started on our Russian adventure. Flight from Delhi to Moscow is around 5 hours and 30 minutes. We took the late night flight and arrived early morning in Moscow. From the Sheremetyevo airport, we took the AeroExpress (airport metro) to reach the city. We checked-in in our hostel and relaxed for a while.

Things to see in Moscow:

Moscow (Moskva, spelled as Москва in Russian) has been the capital of Russia except for a brief time when Saint Petersburg was the capital city. It is the power centre of the country and has a lot of stories to astonish you. The name comes from the river Moskva, which flows in a snake like shape through the city.

We had booked a walking tour of the Kremlin on the same day. Kremlin houses some government offices and also some very old cathedrals. In Russia, the main religion is Orthodox Christianity. Their churches are different than the ones in Western Europe. The walled structure has graves of many prominent members of the Romanov family. Our guide explained how the first walls of Kremlin were built from wood and slowly over a period of time were made stronger and became a symbol of Russia’s power centre. Kremlin hides lot of stories and legends in its wake. I would strongly recommend taking a guided tour of the place to get more perspective about Russian history. Ticket is needed to enter Kremlin. Please note that Kremlin is closed on Thursdays, so plan your itinerary accordingly.

Just outside Kremlin is the Red Square that has Lenin’s Mausoleum and St. Basil’s cathedral. Besides the monuments and museums, Red Square has lot of kiosks where you can buy souvenirs. It is that kind of place where you can just relax and spend hours and breath the city in. Tourists from so many nationalities throng the place and yet there’s an element of peace and tranquility here.

Also outside Kremlin is St. Basil’s cathedral, a structure which in many ways is used interchangeably to represent anything Russian. If you are a shopaholic, GUM won’t disappoint you. It is situated facing Red Square. Ice cream in GUM is not to be missed. There are lot of kiosks in the Red Square from where you can buy souvenirs.

We spent the evening near the Moskva river. I have been to many European cities and in many ways, they have a similar architecture and layouts. However, I found Moscow entirely different. The city is peaceful and quiet and yet has so much energy and colors. There’s an option to take cruise ride in the river as well.

We spent the next morning walking around the city. In the afternoon, we went to Tsaritsyno Palace. The palace is situated in suburbs and is around an hour ride from Moscow city. The best thing I liked about the place was the sprawling gardens. It was as if the palace was built right in the middle of a jungle. The 3 km walk from the gates to the palace was spotted with beautiful landscapes, stunning lakes and a dense jungle. The palace was ordered to built by Catherine the Great who was the Empress of Russia. After spending few hours there, we headed back to Moscow city.

Moscow has a vibrant nightlife. Lot of cafes and pubs are open till the wee hours. Some of them do have cover charges. So please call them and confirm before going. Arbat Street has several good food joints.

Right outside the Red Square is a 3 level underground shopping complex called Okhotny Ryad. Here you can find apparels. jewelry, food etc. A more happening place for general shopping and souvenirs is Arbat Street. It glows up during night and is spotted with restaurants, cafes and souvenir shops. Arbat Street is highly recommended.

How to travel to St. Petersburg:

After spending 2 wonderful days in Moscow, it was time to head to the other pearl in the Russian crown: St. Petersburg. He city was founded by Tsar Peter the Great on the banks on Neva river. He was impressed by the European architecture and cities and decided to built the city on the Eastern edge of Russia. If you have been to Western European cities, you would find that St. Petersburg has a similar layout and architecture. Moscow is different though. It has its own Soviet era architecture.

We decided to take the train and not the flight from Moscow to St. Petersburg because we wanted to see Russia’s countryside. The train journey is very comfortable and takes around 4 hours. I booked the tickets on the Russian railways website (rzd.ru). If you book in advance, you can find cheaper tickets as well.

Church of the Saviour on Spilled Blood

At one of the entrances

Things to see in St. Petersburg:

The city was the capital of Russia for around 200 years and has many monuments that mark its history and Romanov rule. Personally, I found St. Petersburg more touristy than Moscow. There are lot of tourist groups walking around in the city.

It is the second largest art museum in the world, after Louvre in Paris. It is said that if you spend just 1 minute in front of each art piece, it would take you 11 years to see the museum fully. It is situated in palace square, which has multiple palaces that have been converted to Museums now. It has a great collection of art pieces including masterpieces from Michelengelo, Leonardo Da Vinci and Picasso. It you are an art connoisseur, this is your Mecca in Russia. We spent around 4 hours walking through the magnificent hallways and galleries, spread on multiple floors. Be watchful of thieves in the Museum and keep your belongings safe.

After visiting St. Issac’s Cathedral, which was built by Peter the great and dedicated to his patron, St. Issac, we crossed the Neva river and saw the old port of the city.

We then headed to Peter and Paul fortress, which was also constructed by Peter the Great. The fortress is an island in the Neva river. Besides the orthodox church, it has the graves of the last Romanov family. It is believed that the last Romanov family (Nicolas II, his wife and their 5 children) was held hostage for few months and then killed in a city near the Ural mountains. Their remains were discovered not so long ago and are buried now in the Peter and Paul fortress. It also has several monuments to commemorate Russian victory in Russia-Sweden war.

Church of the Saviour on Spilled Blood:

A structure that closely resembles St. Basil’s cathedral in Moscow, Church of the saviour on spilled blood is built on the site where Russian Emperor Alexander was assassinated. Right opposite to the church is a roadside market where you can buy souvenirs. Souvenirs here would be cheaper than buying from the stores.

The city is also famous for hundreds of cafes that are built underground in bunker style. Hugs bar and cafe was our favorite. For clubbing, Nevsky Prospect areas has lot of pubs and clubs. So you can go there and explore. It is also common in St. Petersburg to park your car near the canal/river, turn on the music and have beers.

St. Petersburg is also famous for its canal network. There are multiple waterways that have ferries running up and down. If you fancy, you can buy the tickets in one of the docking stations and enjoy the ride.

Apart from the canal ferry rides, there’s also many midnight cruises in Neva river. There are many bridges on the Neva river which rise to allow the ships to cross to the Gulf of Finland. These bridges are lit up and the cruises traverse the river near these bridges. Personally, I did not enjoy the cruise because the commentary was only in Russian and it was not as spectacular as I thought.

The next morning we had our flight back to New Delhi via Moscow. Overall, Russia was a memorable trip. If we had more time, I would have loved to explore the countryside and some small towns as well.

It is astounding to see the prejudices and stereotypes shatter one after the other while travelling to different countries. Russia is a perfect example. Contrary to the popular opinion, we found it very safe, organized and happening. People there were very helpful. Despite the language challenge, they try to help you in the best way they can. One of the nights, we were sitting outside a metro station waiting for our cab, when a young couple walked up to us and asked us if we were lost and needed any help with directions. So don’t hesitate, plan your trip well and travel to Russia.